Allysen Callery Discog page You can find it ALL here, or request what you’d like from various sellers all over the world.

The Song the Songbird Sings on Vinyl from Cosirecords Schallplatten Released Nov 22, 2017

The Song the Songbird Sings May 2016 CD self-released CD .

All records available digitally on iTunes, CD Baby, bandcamp or to stream on Pandora and Spotify…
Bandcamp is the best way to listen to & buy my albums, they all stream in their entirety for free!

Here is a bootleg from my Euro Tour 2014- from the Ore Mountains , thanks to Dying For Bad Music

A live session from a session at the mighty WFMU with my hero Jeff Davison/Shrunken Planet hosting :

I contributed a track to the wonderful Slowcoustic blog’s compilation The Songs of Will Oldham. Helping me is the very talented Bob Kendall.

Here is a Folk Radio UK session I did in Feb 2014, it was recorded by Bob Kendall & produced by him as well. 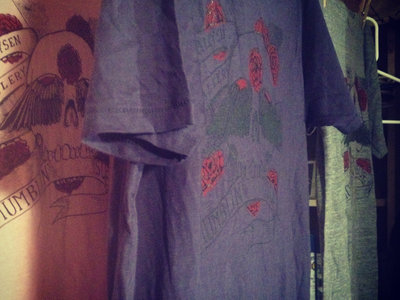 or buy a T-shirt!